Home
Pet Care Tips
How to care for your Dog when she is in heat?
As An Amazon Associate I Earn From Qualifying Purchases.

Female dogs experience their first heat cycle when they are about six months old, the first estrous cycle occurs at different stages in certain breeds, but the overall average has been measured at that point by science.

Many owners choose to deal away with this problem . Those who wish to allow nature to run its course will have to deal with this at least two times every year.

The heat cycle goes through different phases. All of them occur within two or four weeks. If you are planning on mating your dog the best time would be in between the cycle.

Here is some extended information about this natural cycle that could affect your pet:

How long does the bleeding last for a dog in heat?

As we mentioned earlier, a heat cycle lasts between two to four weeks. When the cycle begins, the female dog is not exactly receptive to the advances of male dogs.

How often does a dog have a period?

When the first estrus cycle begins, it can take some time for it to become a regular thing in the organism of the dog. For some female dogs, the cycle can be set on eighteen months.

You may like: What can I Give my Dog for Pain Relief? My Pet Is Not Well

The best thing you can do for it to keep it in check is to keep a record that can help you establish a date to be prepared.

When the estrus comes, it will happen almost every six months on larger dog breeds and three to four times in small dogs.

Regarding their lasting time on their lifespan, female dogs experience heat for most of their lives but the time between cycles will be longer.

If you are a homeowner, who got the dog to keep you company the best you can do is to spay her before the first heat.

There is stating facts about the benefits of spaying such as the reduction of risks of mammary cancer as well as any unwanted litters.

When a dog is in heat when can it get pregnant?

Let’s recognize the to understand how a female dog can get pregnant.

The first phase, in this one the female dog experience some swelling on her vulva and she bleeds from it. The breed of the dog determines the bleeding.

For some dogs the bleeding it’s so little that is barely noticeable. Larger breeds usually bleed heavily.

The best you can do for her to release some steam is to take her for long walks on a leash and avoid long tenures of confinement.

Her anxiety will be quite noticeable for other dogs so is best to avoid spaces regularly attended for other dog owners.

The estrus phase begins after a week or nine days at most after proestrus ends. At this moment your dog will stop the bleeding and will have watery discharges.

Right here at this moment is when your female dog is ready to bear puppies.

This phase lasts between five days to ten in larger breeds, and according to The American Kennel Club, the best chances to get pregnant is the last four days of the cycle.

If you don’t fully understand the cycles of your dog the best way is to ask your vet for help.

If your dog mates and gets pregnant, she will have to endure a 62-day additional cycle while she bears puppies and give birth to them.

Diestrus is the pregnancy phase, and since dogs are very fertile, you better be prepared for it.

The way to known is diestrus has taken in is when the female dog loses interest in her male partner after mating with him successfully a few times.

How can you tell when a dog is in heat?

It all depends on the breed you have since a few of them can be quite attentive through most of the cycle.

You will also notice a few changes, the most visually stunning is the fact that your female dog will have a very visible vulva that is swollen most of the time and the constant presence of bleeding and discharges of liquids.

For some dogs, it can be a bit painful, but most of them can endure if they are adequately attended by their owners with medication.

Hi, my name is Laura McMann, I'm founder of Kinda Pets website. In here you can find all the tips and advice for your puppy. You can follow me here! 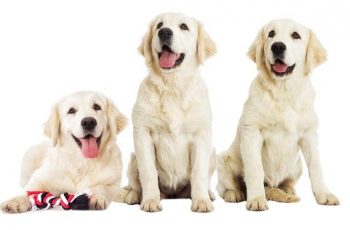 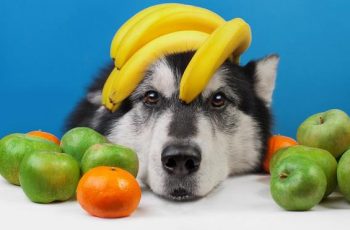